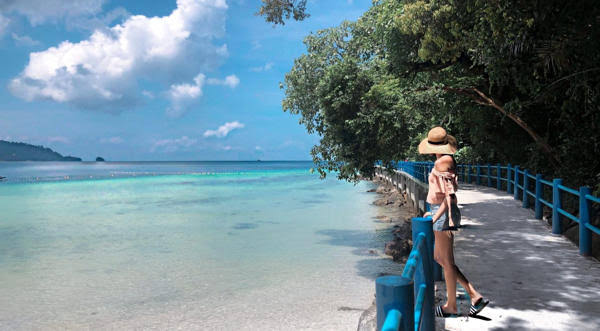 Mersing is a town that is particularly renowned for significant reasons. This town is situated at the eastern half of the Johor state in Malaysia There is a main trunk that connects both, southern and eastern Johor to the east coast of Pahang state and Mersing lies on the same trunk.

It is a beautiful town renowned and popular attracting tourists from all over the world. It is located 8 meters above sea-level.

But one of the most puzzling question is what is the best time to visit Mersing?

What is the weather in Mersing like?  What to expect?

When is the weather most favourable?

Mersing has a hot tropical climate.

Heavy to Mild rainfall throughout the year.

It has a humid climate and the average humidity levels are above 85%.

Be it any time of the year, there is always a chance that it will rain in Mersing, So, it is not an exaggeration to state that always carry your raincoats and umbrella with you. Well, not if you want to soak in the rain.

Thus, it is apt to state that Mersing has very little variation in terms of weather. The climatic conditions are almost the same throughout the year and there are only slight variations.

Clear Skies – January to March and July to September

Mersing thus does not offer much in terms of weather variations. As a tourist you can choose to visit Mersing at any time of the year and enjoy almost all Mersing has to offer.